Opinion: So long sucker or how Putin’s propaganda succeeded in playing the extremists 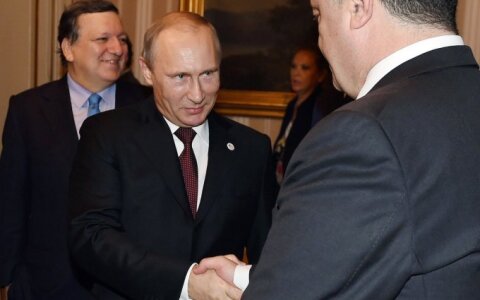 In the 1950s, Nobel Prize winning mathematician John Forbes Nash invented a Machiavellian game entitled So Long Suckers. To win, a player had to game, and ultimately betray, his adversaries. Today, as they sit in frozen trenches in what was once aptly named the Wild Fields, it looks as if the soldiers of the ‘Union of People’s Republic’ are the ones that have been played.

When Vladimir Putin flooded the airwaves with hysterical propaganda about the rise of Fascism in Ukraine and the distressing mistreatment of Russian compatriots abroad, Eastern Ukraine took notice. Across the Donetsk and Luhansk regions, a small circle of radicalized minorities rose up against th

Opinion: So long sucker or how Putin’s propaganda succeeded in playing the extremists