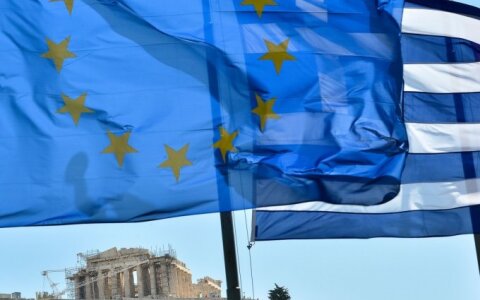 Amid increasing speculation that Greece might exit the euro zone, the governor of the central bank of Lithuania, which has just adopted the single currency, says that a Greek withdrawal would have no major impact on Lithuania.

"Frankly, I think the impact on Lithuania would be negligible because our economic relations with Greece are definitely not well-developed," Vitas Vasiliauskas told the Žinių Radijas radio on Tuesday.

The euro zone as a whole would feel a greater impact, but it is strong enough to withsta