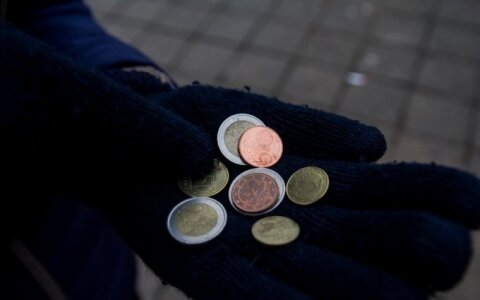 Some 10 million litas (EUR 2.9m) were exchanged for euros at Lithuanian banks on Thursday, the day when the country officially adopted the EU's single currency, the central bank governor said on Friday morning.

"Exchange transactions worth around 10 million litas were performed at all banks, as well as at the Bank of Lithuania, during the day," he said on LRT Radio.

The largest sum of litas was exchanged for euros at SEB Bank, Vasiliauskas said.