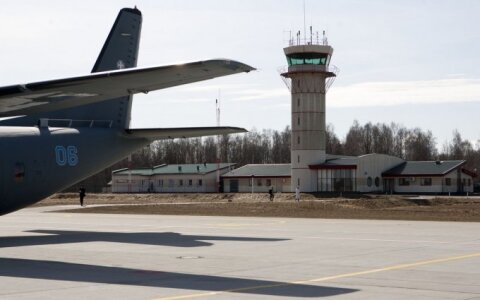 The Lithuanian soldier detained on the suspicion of spying served in the Air Force Aviation Base in Šiauliai, which accommodates the NATO air policing mission, the base's commander Lieutenant Colonel Vidmantas Raklevičius confirmed on Wednesday.

"Relevant services informed me about detention of a soldier of the base," Raklevičius told journalists in Šiauliai.

In his words, the detained person had served in the base for about a decade, his activities had to do with flight planning.

Earlier on Wednesday, the Prosecutor Genera