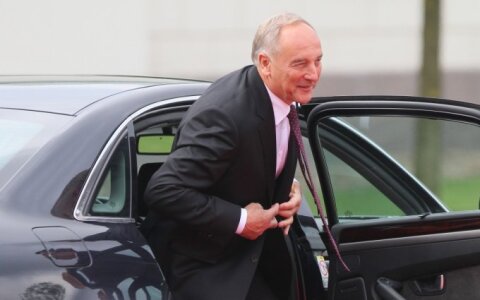 Russia is already preparing for large-scale celebrations to commemorate the 70th anniversary of the Soviet Union's victory over Nazi Germany in World War Two, and Latvian President Andris Bērziņš has been invited to the event as well.

When asked whether the Latvian president plans to attend the ceremony, his press secretary Liga Krapane told LETA that "there is enough time to assess the course of the situation and to eventually make a decision".

US President Barack Obama was also invited to the ceremony in Moscow, but tu