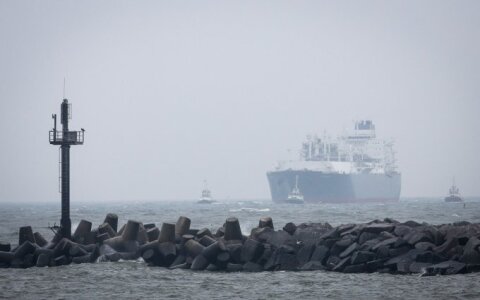 Launching of the liquefied natural gas (LNG) terminal that put an end to the monopoly of Russian and re-election of Dalia Grybauskaitė as Lithuania's president for the second term were the most important events of the year 2014, Lithuanian journalists and editors say.

In a traditional survey carried out by BNS, respondents also referred to the decision on adoption of the euro, increase of defense spending, the failed referendum on land sale to foreigners and the Song Festival as other important events.

Journalists say the biggest effects on the global ar