Small Theatre of Vilnius: Mixing up rebellion and metaphysics 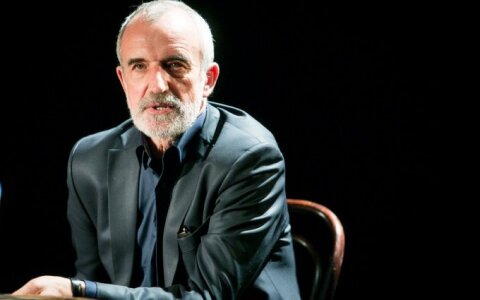 Theatre is only possible when there is a director with his own theatre vision. At the roots of the State Small Theatre of Vilnius (SSTV) stands its director Rimas Tuminas, long praised by theatre critics for a distinctive theatrical language and performances being exemplified for the “all-immersed” psychological acting, more distinctive poetical and lyrical elements and, sure, the buzz.

With the year winding down, the maestro and his troupe have been extensively globetrotting the world, but the theatre’s interim director Daiva Baltūsytė – Len kindly talked to the Lithuania Tribune about the theatre and its distinguished founder and director Tuminas.

Did you ever thin

Small Theatre of Vilnius: Mixing up rebellion and metaphysics