Lithuanian ambassador Žygimantas Pavilionis: We do not invest in our relations with the United States 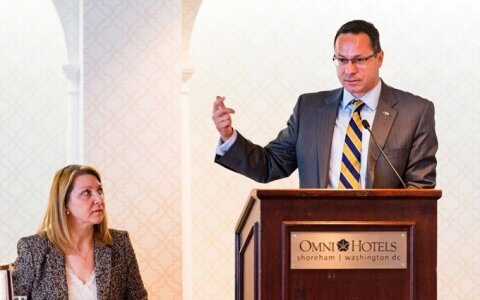 Lithuanian Ambassador to the United States of America Žygimantas Pavilionis thinks that the US administration under President Barack Obama has been naive in wishing to "reset" relations with Russia, but this is the trap that every new president falls into. He hopes, however, that Obama's successor - be it Hillary Clinton or someone else - will have a better grasp on geopolitical realities of Eastern Europe.

Meanwhile Russia, he believes, might use opportunities this December - the last month of Italy's EU Council presidency and before the new Republican-dominated US Congress starts work - to get the West to ease sanctions over its aggression in Ukraine.

Lithuanian ambassador Žygimantas Pavilionis: We do not invest in our relations with the United States