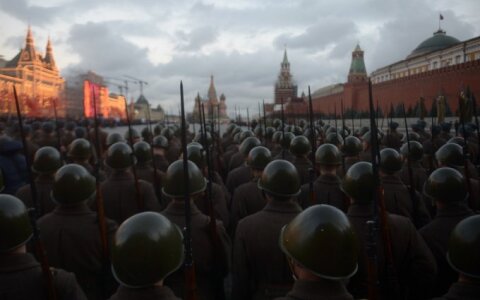 Lithuania's President Dalia Grybauskaitė has recently called Russia a terrorist state. She is not alone in saying so.

Navys gave a presentation in a conference on information aspects of the Ukraine crisis. He said that what made R