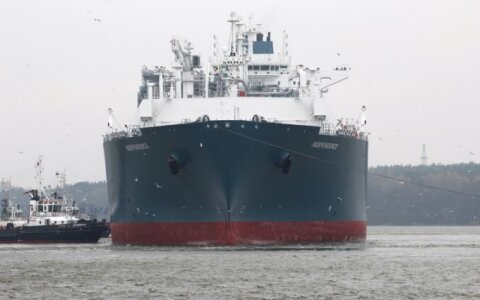 Lithuania's liquefied natural gas (LNG) terminal in Klaiėeda, which took a year and a half to build and cost around 500 million litas (EUR 145m), is officially launching operations on Wednesday.

The Law on LNG Terminal sets 3 December as the launch date.

Energy Minister Rokas Masiulis said on Wednesday morning that the terminal was already supplying gas to the city of Klaipėda.

"It is already pumping gas, little by little. The city of Klaipėda is largely supplied with gas f