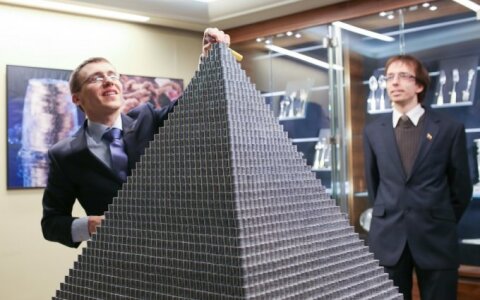 The construction of the world's largest pyramid made of one million Lithuanian cent coins was finished at the Bank of Lithuania's Money Museum in Vilnius on Saturday.

Vytautas Jakštas ir Domas Jokubauskis, two physics students behind the idea, claim it’s the largest-in-the-world coin pyramid and the project is a symbolic farewell to the Lithuanian national currency, the litas, which is set o be replace by the euro on Jan. 1.

"At first, we planned to c