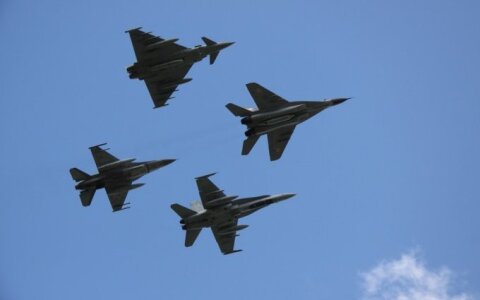 Russia's Ambassador to NATO Alexander Grushko has accused the increased presence of NATO air policing mission fighter-jets for the frequent interception of Russian airplanes near the Baltic states.

"What NATO is not telling that two years ago and even last year four fighter-jets were patrolling the Baltic air-space, and today the number of NATO aircrafts in the region has been increased to 20 or sometimes even 24. Therefore, the higher number of interceptions has to do with the number of ai