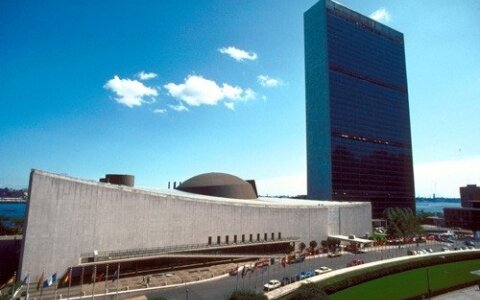 The Resolution on Combating Glorification of Nazism and Other Contemporary Forms of Racism put forward by the Russian Federation was adopted by voting on 21 November 2014 at the Third Committee of the United Nations General Assembly, 115 states voting for, 3 against, and 55 abstaining. Lithuania as well as other EU Member States have abstained in the vote and made a very strong Explanation of Vote.