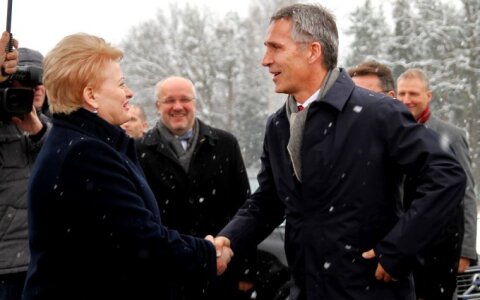 NATO is fulfilling its commitments to defend its member countries, Lithuanian President Dalia Grybauskaitė said on Friday after meeting with the Alliance's new Secretary General Jens Stoltenberg in Lithuania.

"It's one of the secretary general's first foreign visits after he assumed his position. It’s very symbolic and significant as it shows that NATO is fulfilling its commitments and that all decisions, agreed during the Wales summit, are being specifically implemented," the president told a joint