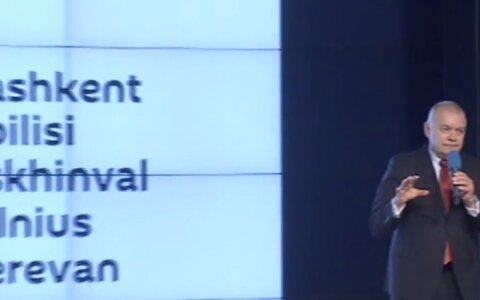 Dmitry Kiselyov, controversian Russian journalist and close ally of President Vladimir Putin, has set his eyes on Lithuania. He has revealed plans to develop a Russian news channel in Vilnius.

It has been recently announced that the Russian government is setting up a new foreign news agency, Sputnik, which is to be run by Kiselyov. Sputnik's expressed goal is to tackle "aggressive propaganda" from allegedly Russophobic Western media.

One of Sputnik's news desks is to be based in