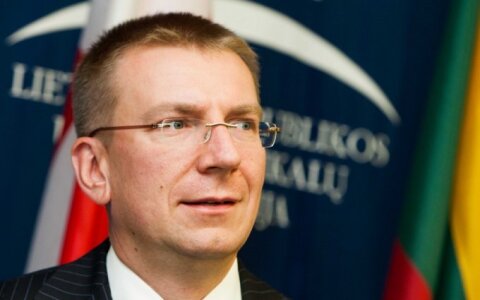 Latvian Foreign Minister Edgars Rinkevics came out as gay on Thursday, stirring reactions across the Baltics. Lithuanian foreign minister congratulated his colleague, while a human rights activist says the step could encourage change in Lithuania as well.

"Famous people coming out is of huge significance for people who feel unaccepted in their own environment, by their families, their friends, they fear in school, are subjected to bullying. It’s a certain push for people, it helps them realize that they are not alone and that they should not be