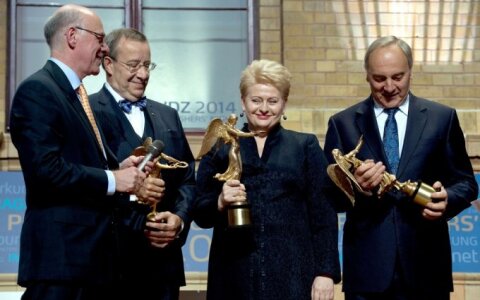 On 6 November, at a solemn ceremony in Berlin, Lithuanian President Dalia Grybauskaitė accepted the Golden Victoria award given to Lithuania and other Baltic States for the promotion of European ideas. In her speech, the president underlined that this award was the recognition of efforts and determination of all Lithuanian people to build a strong European state, the presidential press service informs.

"The people of the Baltic countries have always strongly believed in Europe, never had doubts about the chosen path while understanding perfectly well that it will not be easy. We all knew that freedom is not a given, so we took responsibility for our nations and walked resolutely along the Europ