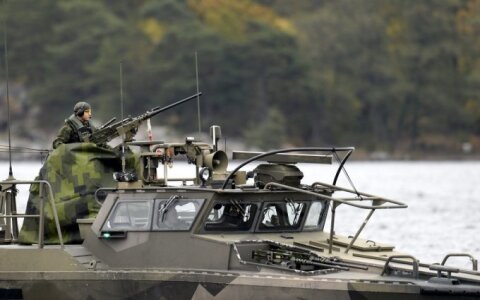 The website of the Russian Embassy in Sweden says: "Russia is closer than it seems..."

Russia has been trying to prove the point in very special ways lately. Last year, for example, they sent Easter wishes to the Swedes: six Russian bombers simulated a bombing of Stockholm on Good Friday.