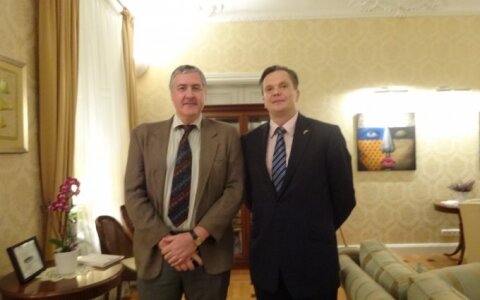 Photo courtesy of the Lithuanian Embassy in Sweden
aA

The Embassy of Lithuania in Stockholm - NATO Contact Point Embassy in Sweden - in cooperation with Stockholm International Peace Research Institute (SIPRI) and British Embassy in Stockholm organized the working dinner in order to discuss the implications of 2014 NATO Summit decisions in Cardiff for the Baltic Sea Region, for Europe and for the Trans-Atlantic Relations.

The experts on foreign, security and defence issues from Sweden and other countries, the representatives from defence research institutes, Swedish foreign ministry and diplomats from other countries attended the event. Among them – former member of Riksdag, former Chair of SIPRI Board Göran Le