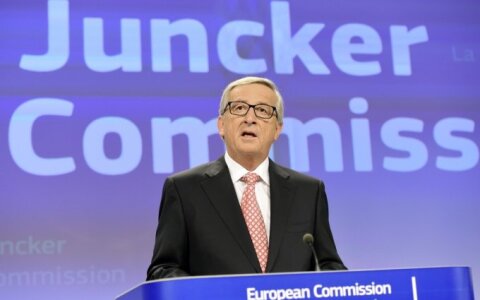 The European Parliament on Wednesday voted in favour of Jean-Claude Juncker's new European Commission, allowing it to start its new five-year term on 1 November 2014 as planned, informs AFP/LETA.

Juncker's team was approved by 423 votes at the parliament in Strasbourg, with 209 MEPs voting against and 67 abstaining.

In a speech before the vote, Juncker said he would present a huge 300-billion-euro investment package to boost jobs and growth by Christmas, amid global fears of a retur