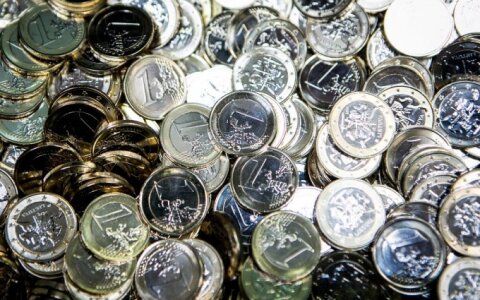 The first batch of the Lithuanian euro coins left the vault of the Bank of Lithuania on 6 October. It is designated to one commercial bank, which was the first to take 2-euro coins for EUR 45,000, the central bank said in a statement on Monday.

"The frontloading of euro cash to commercial banks has been started according to schedule. The first to start was a small bank, which takes small quantities of euro coins. Shortly the large banks will get involved in this process too. We hope for immediate acquisition of euro banknotes by commerc