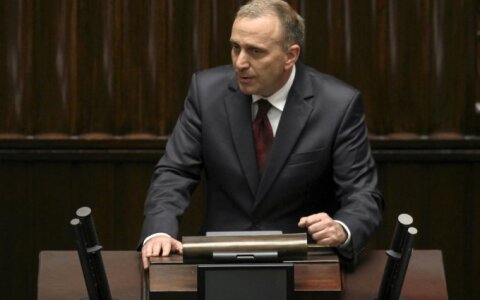 Lithuanian politicians are hoping that the change in leadership of neighbouring Poland’s diplomatic corps will have a positive impact on bilateral relations. Meanwhile political analysts predict that Poland’s president will assume more leadership in the country’s foreign policy.

Unlike Radosław Sikorski, who led Polish foreign policy for seven years and annoyed Lithuanians with his sometimes scandalous statements, 51-year-old Grzegorz Schetyna, despite his rich political biography, is a fairly unknown figure to our politicians. As such, his first steps will be observed