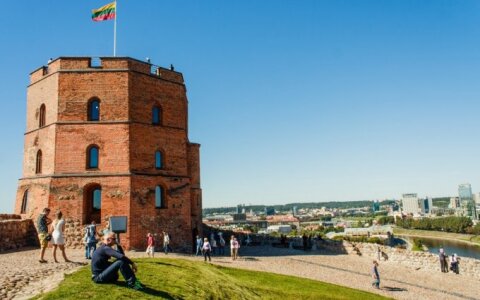 September 28 is taken as the day of the founding of Vilnius, the present capital of Lithuania. The founder of the city was Grand Duke Gediminas who ruled Lithuania in the 14th century and mentioned the city as his ducal seat in letters dated 1323. The legend says that Gediminas founded the city on the confluence of the rivers Neris and Vilnelė after he had a dream about a howling iron wolf - which represented the great history that was waiting for Vilnius.

On the Gediminas Day, Statistics Lithuania decided to put Vilnius in numbers.

In early 2014, Vilnius city municipality had a population of 539,700, which accounts for 18 percent of all residents in the country. A total of 64.4 percent of Vilnius residents were of working age, 19.3 percent -