President's adviser: Forcing Lithuanians to serve in Soviet army was a war crime 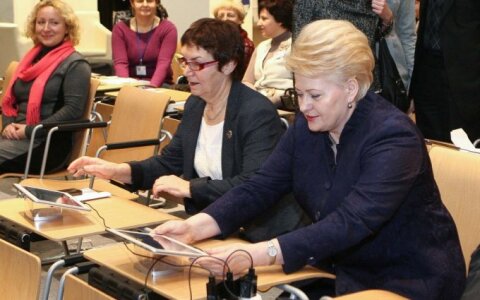 Chief advisor to the president on interior policy Virginija Budienė says that Lithuanian citizens who left or refused to serve in the Soviet army after Lithuania declared independence from the USSR in March 1990 did not commit a crime.

"Those people did not commit a crime against Lithuania or the international law, on the contrary - they are our heroes. Russia is the one that committed war crimes by occupying Lithuania and forcing people to serve in the occupying army," said Budienė on Tuesday's interview to the Žiniu Radijas

President's adviser: Forcing Lithuanians to serve in Soviet army was a war crime