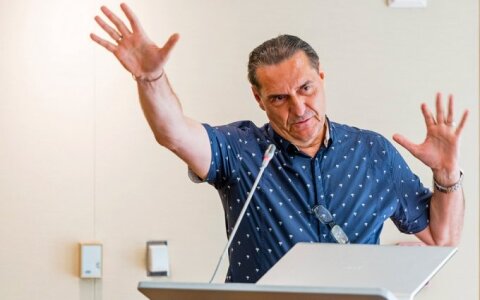 Some 30 years ago, during the dying years of the Soviet regime, Kaušpėdas rose to musical fame in Lithuania. With his group, Antis (Duck), their music performances and hard-hitting messages were an integral part of the combined effort to end the Russian occupation of Lithuania. ‘Antis’ is a