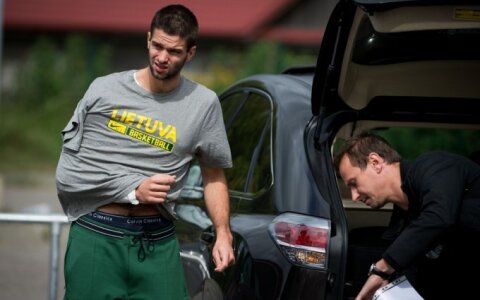 Trauma during the last match of the preparation cycle has made it impossible for the captain of the Lithuanian national team, point guard Mantas Kalnietis, to participate in the 2014 FIBA Basketball World Cup.

After dislocating his collarbone during the match with Croatia on Wednesday evening, Kalnietis will fly back to Lithuania later on Wednesday.

The Lithuanian team head coach Jonas Kazlauskas said after the match that Kalnietis would be replaced by Adas Juškevičius.

"The loss of Manta