Opinion: Information war – no need for mobilization yet 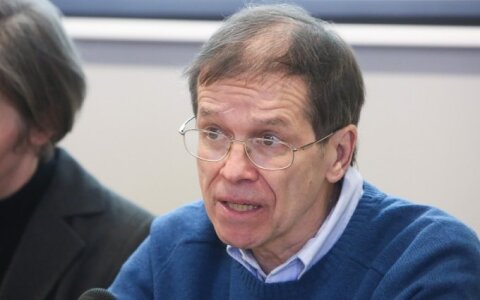 The heralds of information wars are disconcerted, identify ever more battlefields, call on proper mobilisation. The latest example is the response of Aleksandras Matonis to a report aired on the Russian TV, in which members of the expedition Mission Russia have been referred to as tourists following the traces of the WW II victims and reportedly hoping that in the future joint Russian-Lithuanian groups would be travelling Europe to pay homage to the fallen Soviet soldiers. The leader of the expedition said such hope was actually expressed by the Russian journalist.

According to Matonis, such groups are travelling as the ambassadors of Lithuania, thus all of its participants should be perfectly fluent in Russian in order to be able to participate in lectures on the current interstate relations. His remarks show that the spirit of the Komsomol remains alive.

Opinion: Information war – no need for mobilization yet