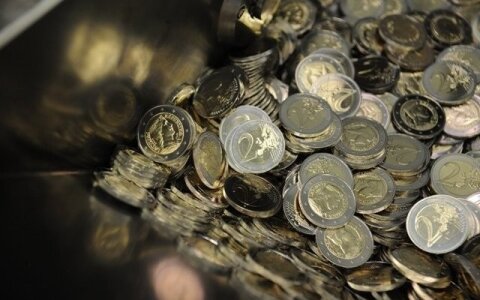 The first batch of Lithuanian euro coins are being delivered to the Bank of Lithuania's vault in Vilnius. On 1 January 2015, they will be released into circulation. The total amount of coins necessary for the euro adoption and to ensure reserves is about 370 million units; their weight - 1,740 tons, says the Bank of Lithuania in a statement.

"This is one more important step in the marathon of preparatory work, in the effort to make the currency changeover to go smoothly. After the decision of the EU Council on allowing Lithuania to adopt the euro, the Lithuanian Mint is minting euro coins at full capacity; they are being delivered to