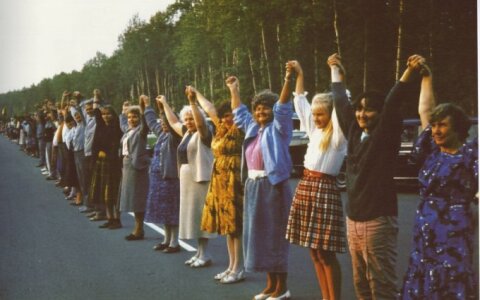 The main event to mark 25 years of the Baltic Way will take place in Saločiai, close to the Lithuanian-Latvian border. The heads of the Lithuanian, Latvian and Estonian parliaments will join hands with citizens of all three countries.

The program of festivities was presented and discussed at the parliament's board on Wednesday.

"We will hold a linkup of the Baltic Way, three oak pedestals will be erected at the Latvian border, they are already in production. Speakers of the Latvian and the Estonian parliaments will arriv