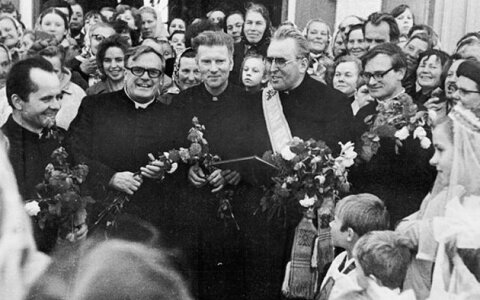 Prominent Lithuanian clergyman, former dissident and political figure Monsignor Alfonsas Svarinskas passed away last week, aged 89. One of the most active Lithuanian dissidents hated Soviet occupants with all his heart and soul. As a result, Svarinskas spent 22 years in labour camps of Siberia.

Nevertheless, he always looked at this with a smile and thanked the Soviets for sending him away from Lithuania because, according to him, this was the place he was most needed – where thousands of Lithuanians suffered. What follows is the last interview with Alfonsas Svarinskas.